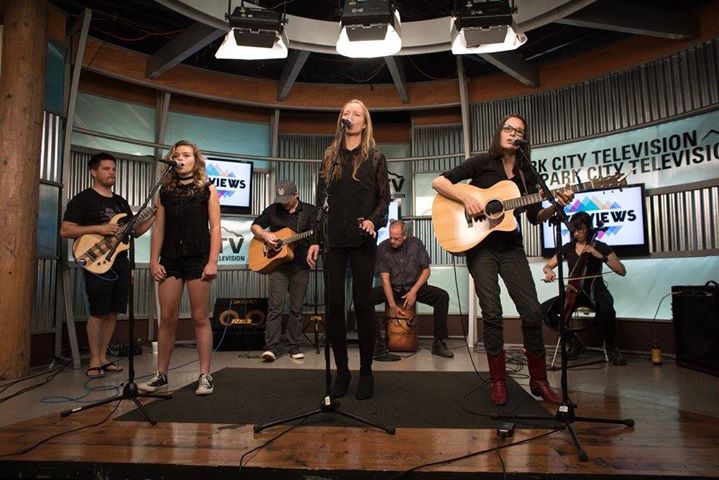 Wintergrain – From Salt Lake City in Utah, Winter Grain is a Folk-Americana band comprised of players from all walks of life. In the winter of 2017, between new friendships and old, the band came together to collectively share in a new music project to craft music from their wide variety of backgrounds.

Winter Grain is the product of folk/country vocals, three part harmonies, dueling guitar players (one from a dark metal background and the other from “the kitchen sink” of style), a bluegrass fiddle/mandolin player with an electric alter ego, and a luthier cellist who explores the craft of those deep-round tones in every style she plays.

The project has no rules as to what style they may create. It was simply agreed that they want to craft good, fun, and beautiful music that can honor any stage they bring it to.

Folk Hogan – a high velocity, folk/punk band with a lively stage show that is widely appealing, and downright awesome. The six-piece lineup consists of Accordion, Mandolin, Bass, Banjo, Guitar, and Drums. Folk Hogan brings a mix of experienced entertainers, humor, and whiskey that will keep a crowd dancing while wishing they had a backup liver.