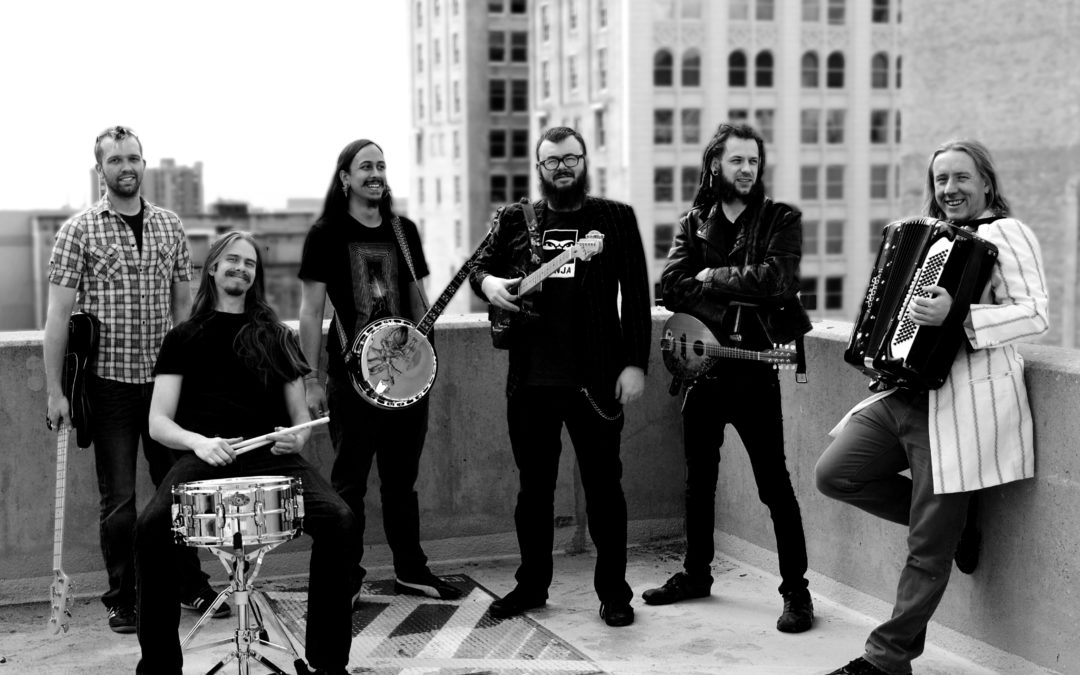 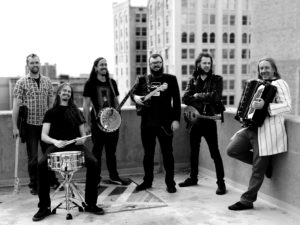 If you haven’t heard about Folk Hogan, you’re missing out on one of the best folk bands around. They’re not just a traditional folk band, but they give off a punk vibe and are known for delivering high energy and excitement to the stage featuring a six-piece of Accordion, Mandolin, Bass, Banjo, Guitar, and Drum lineup.  Utah City Weekly claims they are one of the most awesome bands around and their music is surprisingly catchy and it makes you want to get up and move.  Most of their tunes can found on various services like Soundcloud, YouTube, and Spotify.  A few of their songs are available for download on the website and their full albums are available for purchase in hardcopy and digital formats.

For several years, Folk Hogan has been rocking and selling out shows in the Salt Lake area but have been becoming so popular that they will be touring nationwide as well as making a stop at this year’s Folk Festival 2017.  Past Folk Festivals have included top folk bands like Mumford and Sons, Flogging Molly, Violent Femmes, The Lumineers, Ghost Mice, and Mischief Brew.  Lead vocalist and mandolin player, Moses McKinley, is stoked about touring this year, “I can’t wait to share our music off of our new album “The Show”.  It features a lot of songs that really showcase our band’s incredible energy and the individual talent of our band members.”  Nick Passey is also pumped about the tour, “I have been ready for this national stage for quite sometime.  Our band has been focusing hard on refining our craft and delivering great folk punk music to our fans.”  The fans not only love the great music but they also can’t get enough of the Folk Hogan merchandise.  At shows, the merch flies off the shelves so make sure to grab a shirt or two because they are rad!

Local fans, do not worry because you will have one more chance to catch Folk Hogan before they leave on tour.  On Friday February 10th, they will be having one last show at The Urban Lounge with the Steve’n’Seagulls.  The Urban Lounge has been home to many local Salt Lake bands and has served as a platform from them to get their music and name out there so it is no surprise they they will pay homage one last time before sending off.  It is exciting to see a local band like Folk Hogan finally make the national stage and get invited to the 2017 Folk Festival.  It will be interesting see how well nation receives their music and to follow them on their journey to folk punk stardom!
Matt Carlson