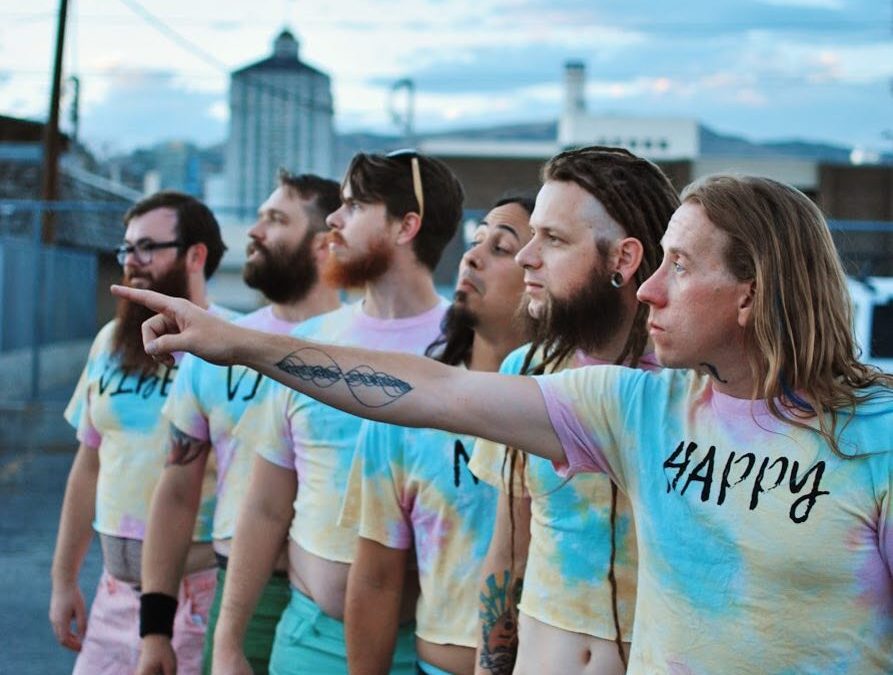 Moses here to have a little chat. Here we are all safe in our own homes, in this weird times. I wanted to give you all a recap on where we are. We would have had a “Birthday show” next week, but in light of the ongoing crisis it is safest for everyone to cancel it. So, here is a brief look at the past nine years of shows. 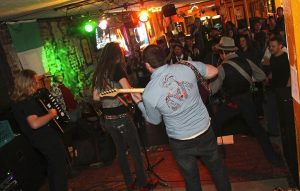 On April 10th of 2011, Larry the Legends birthday, FOLK HOGAN played its first show at The Woodshed, in Salt Lake City. It was a fundraiser for our pal Ashley Shaw, and we played with Albino Father for the first time. It was a hoot of a night. Lots of friends and family came out for this monday night, including Larry the legend seen here in the white hoodie in the foreground. At the time our lineup had the core of Canyon, Nick, and myself bolstered by Tanner Bray on banjo, and Jeremy Adams on drums. 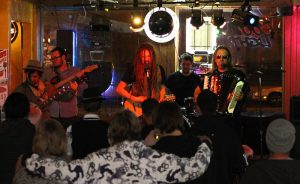 Our only merch was had drawn refrigerator magnets $3 each, or two for $5. We will have a limited run of these magnets, still hand drawn (and the bottle caps come from beers I have drank) at a show later this year. 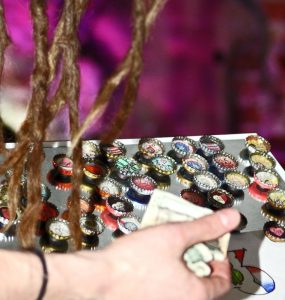 You can see a short video of our first show here:

A few weeks later, we played at Burts Tiki lounge with Electric Talk Show and Reverend Mayhem. In the crowd was Jared Hayes, and Curtis Stahl. Jared decided that he wanted to play bass for us and joined a few days later. Playing his first show with us on June 10th at The Woodshed with Vena Cava and South of Ramona. A short twelve hours later we played a private party, which ended up being Tanners last show with us. He suggested we replace him with his friend, Box. She fit right in and we recorded a demo right after, called Flight Training: 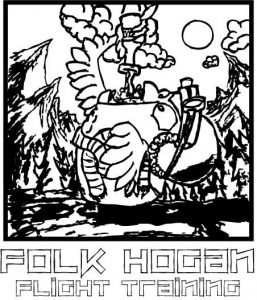 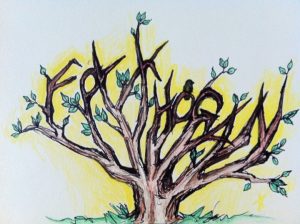 The rest of 2011 was a whirlwind of shows, and writing songs for both our first, and second albums.At the beginning of 2012 we began recording our first full length album at Salt Lake Recording Service with Brad McCarly. We rented the studio for one week, and managed to get it all done while drinking cases of beer and whiskey. 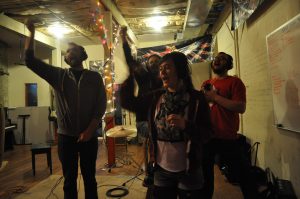 Singing back up vocals for I’m Still Drunk

Two months later we played the album release show on May 17th with our new drummer, Curtis Stahl, almost exactly one year to the day since he had seen us play at Burts Tiki Lounge with Jared. After the release we were already halfway through writing the next album. We spent the rest of 2012 writing songs to be able to fill three hours with music, so we could play longer shows in order to help fund our desire to tour more; and we were able to by the end of the year. At the beginning of 2013, Box left the band. This began almost a year with no banjo player. It is still weird seeing photos of only five of us on stage. 2013 also saw us getting our fist nomination for Band of the Year by City Weekly. 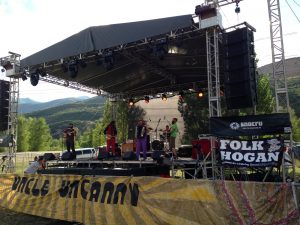 At the end of 2013 Kameron hit us up, and he learned all the songs quickly, which was good because things in 2014 started to really speed up. Right off the bat in 2014 we returned to SLRS to record with Brad again. 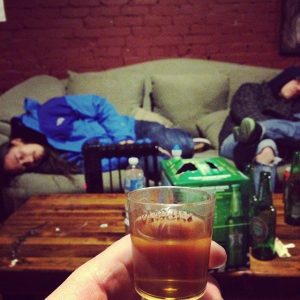 It is either enough whiskey to keep you awake, or enough to put you to sleep.

The rest of 2014 saw us going to several states, and playing bigger and better shows for more people. Things felt really good and it was obvious when you saw us. 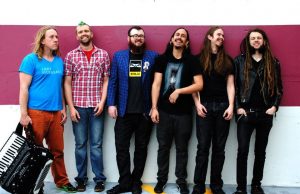 Look at these happy faces

2015 started off by promoting and releasing our secong album, The Show. We were stunned to see that we were able to sell out Urban lounge with a week to spare before the show. Wasatch Brewery made a firkin of an Irish Wellied Coffee Stout, that was delicious and gone before Six Feet In The Pine took the stage. It was quite the rush taking the stage to a full house where everyone was there to see us. 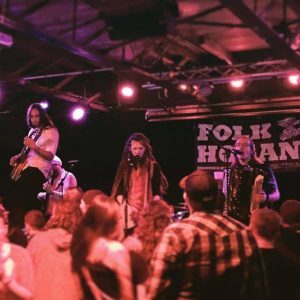 And what a show it was

We were able to ride that album for a while, and do some amazing things with it, like this music video for Firebreather:

We spent the next three years just kicking a ton of ass. Playing shows all over the western US, writing new songs, and meeting tons of new friends. 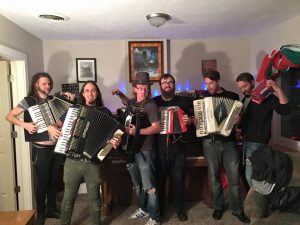 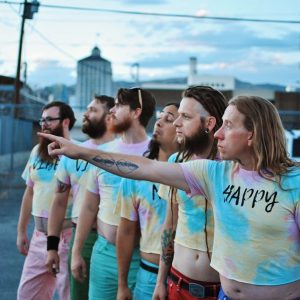 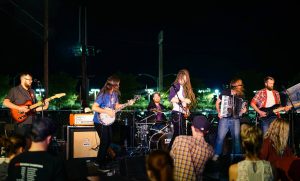 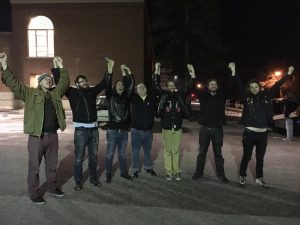 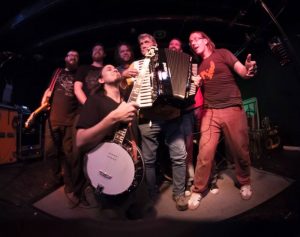 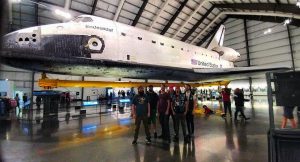 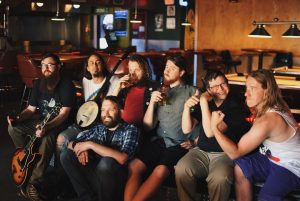 2019 Is when things really got crazy. The year started off with us recording at Warner Brothers. 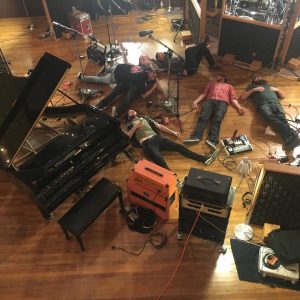 We then finished up the recording for our newest album, Behold, at Full Fidelity Studios with Steve Phillips. 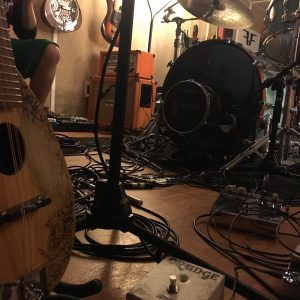 We were floored to have our album release show for Behold sell out a MONTH in advance, and to have our pals in Mantis Jackson open. It was a hell of a show. 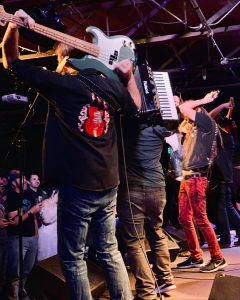 We were also able to pull off a few music videos in promotion for the album as well:

Then we were able to do the biggest thing we had done yet: TOUR EUROPE. It was amazing. Made some great new friends, found some beautiful places, and we almost didn’t want to come home! 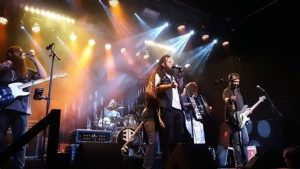 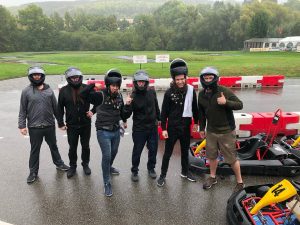 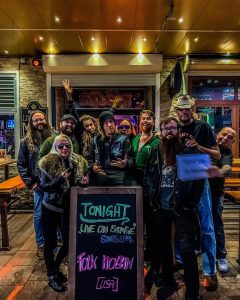 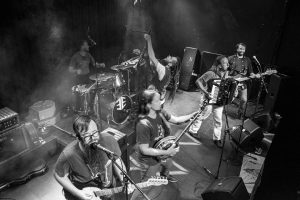 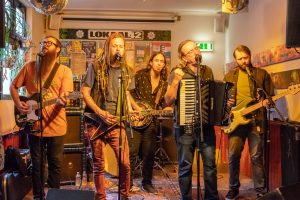 2020 started out for us with Jareds last show. It was an emotional night, but a beautiful one (though it may not have sounded great since we had to try to drink ourselves out of crying). My favorite moment was when we all left the stage so he could be front and center alone. 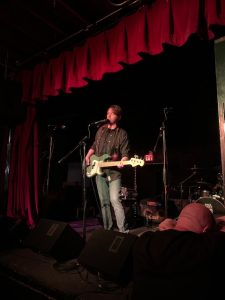 We welcomed Scott Wardle with open arms and have already had a blast with him in such a short period of time. He fits right in and he will be a joy to play with and ride in the van with.

Then…..well……the world fell apart. We finally know what it takes to keep FOLK HOGAN from playing shows: The world grinding to a halt.

Tonight would have been our 9th birthday show, but we will have to settle for this article.

We cant thank you enough for taking this journey with us. We are so proud of all the things we have done, and we could not have done them without the support of our fans. We love you all, and we look forward to what is going to happen in the future, because we have BIG PLANS.