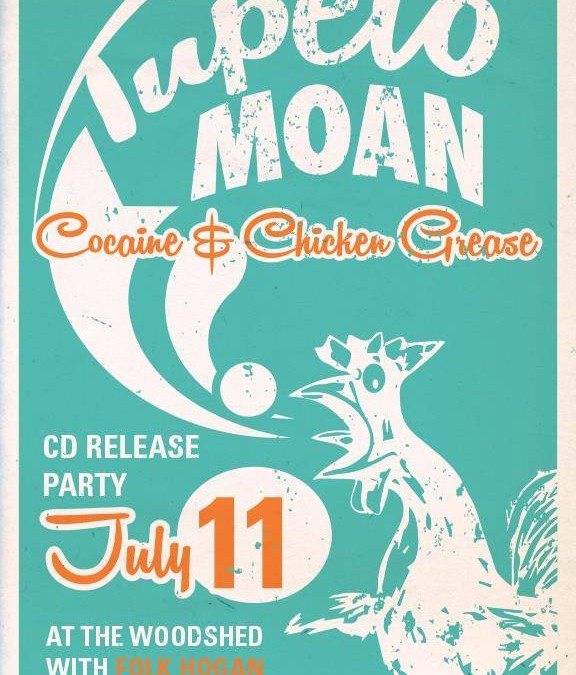 Hey FOLKers, Moses here!About a year ago, I was drinking bourbon with my good friend Brad McCarly. He owns Salt Lake Recording Service where FOLK HOGAN has recorded both of our albums, and is also the front man for a band called TUPELO MOAN. We were just sitting on the porch chatting when he suddenly got up, walked inside, put a cd in the player, cranked the volume, and let me hear what would become “Cocaine and Chicken Grease”, their second album. I was blown away. From start to finish the album dripped with an aggressive attitude that is not typically found in local music. Instantly, TUPELO MOAN went from being one of my favorite local bands, to one of my favorite bands worldwide. I dare say that no band has this much BALLS. Since then they have had a line up change that has only increased their appeal. Their live shows are second to none, and this show will feature some performances you won’t get to see ANY OTHER TIME. So when Brad said he wanted to have us play their CD release, we didn’t even hesitate. Only I then find out we would also be playing with none other than the formidable RED BENNIES, who have been the benchmark of local music for about 20 years without wavering in their intensity.